10
ninja186
July 2019 in Custom Expansions
I made this class because why not. The class starts with 3000 gold because, assuming that these cards would also go into the regular decks, I wouldn't want someone to buy legendary cards for cheap. This class is mainly a combination of Spellslinger and Sharpsword because I really liked Nisovin's character in the one campaign. If you're wondering where the sword part of this class is, the magical revolver shoots swords instead of bullets, but for quite a few of the cards there wasn't enough room for flavor text. 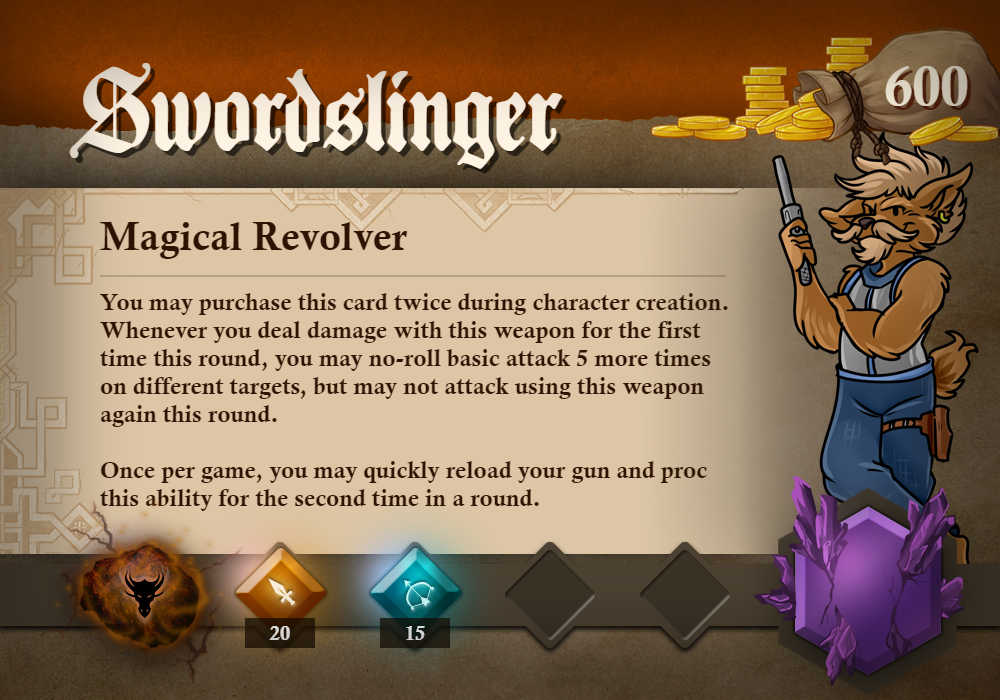 This simply plays off of the six-shooter trope, but gives some generic and meaty power to the class that every legendary class should have. 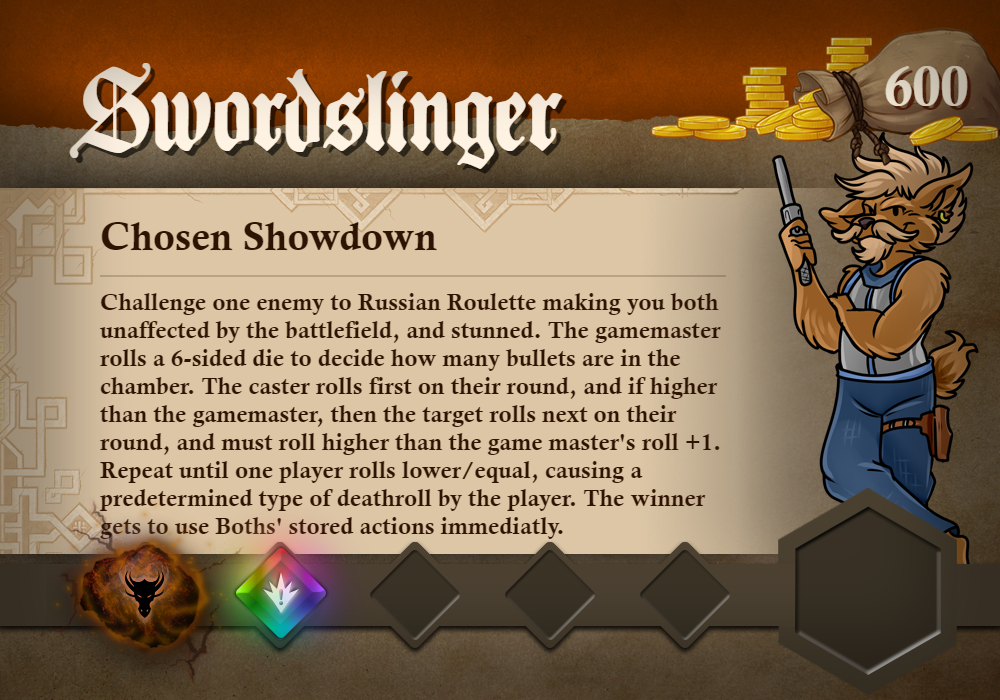 This is the reason why I made the class. The Zhonyas Hourglass-esque take the player out of combat combined with a steadily increasing chance to die made me think that this card was great. The only worry that I have with it is that it may punish the player in that it stops you from playing the greater game in favor of a mini game, so I added the reward of a really long turn, consisting of all the actions you passed up, if you win. Since the longest that this would last would be three turns, the player shouldn't be taken out of combat for too long.
P.S. The predetermined deathroll mechanic, if it wasn't clear enough, is meant to allow the player some leeway with how much risk/reward they want, almost like in movies where the trope of a "longshot" comes into play. 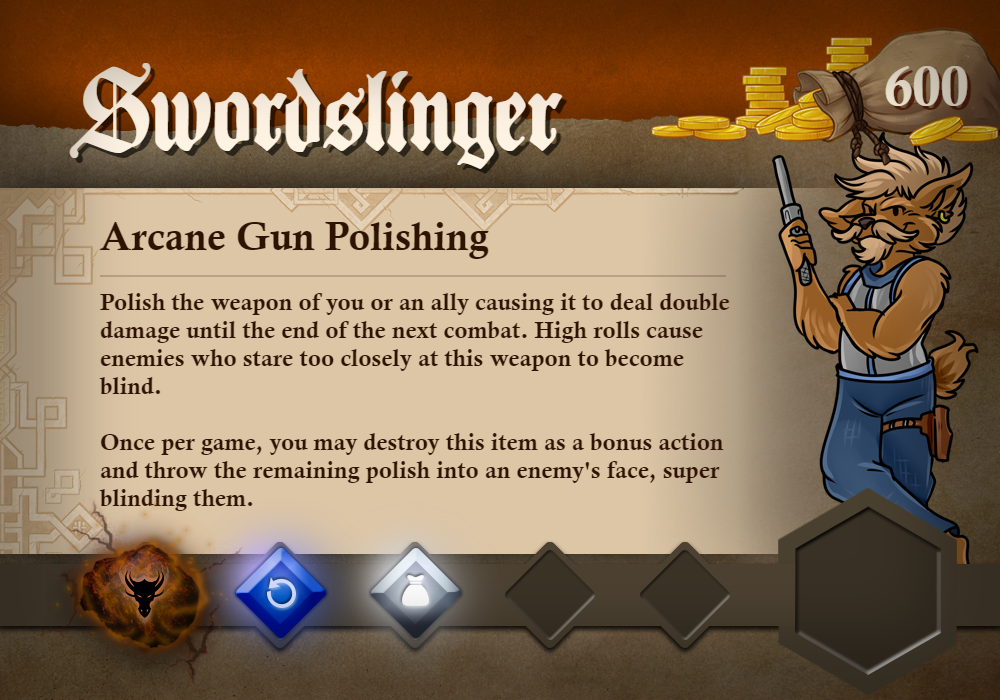 I don't remember if Super CC is a thing in season 4, but I feel like its needed for legendary classes. 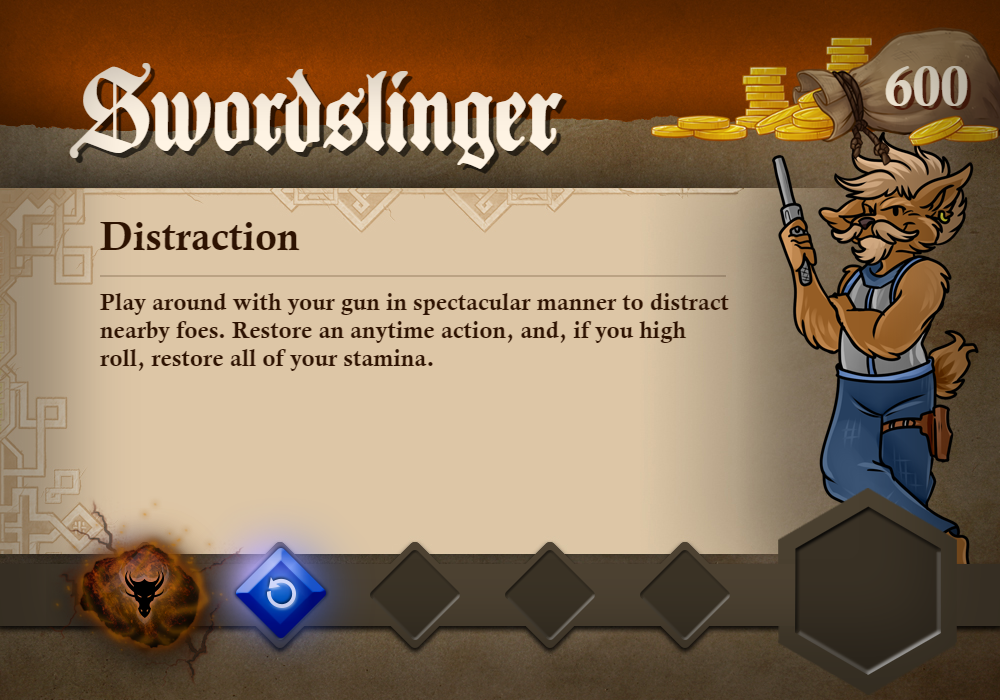 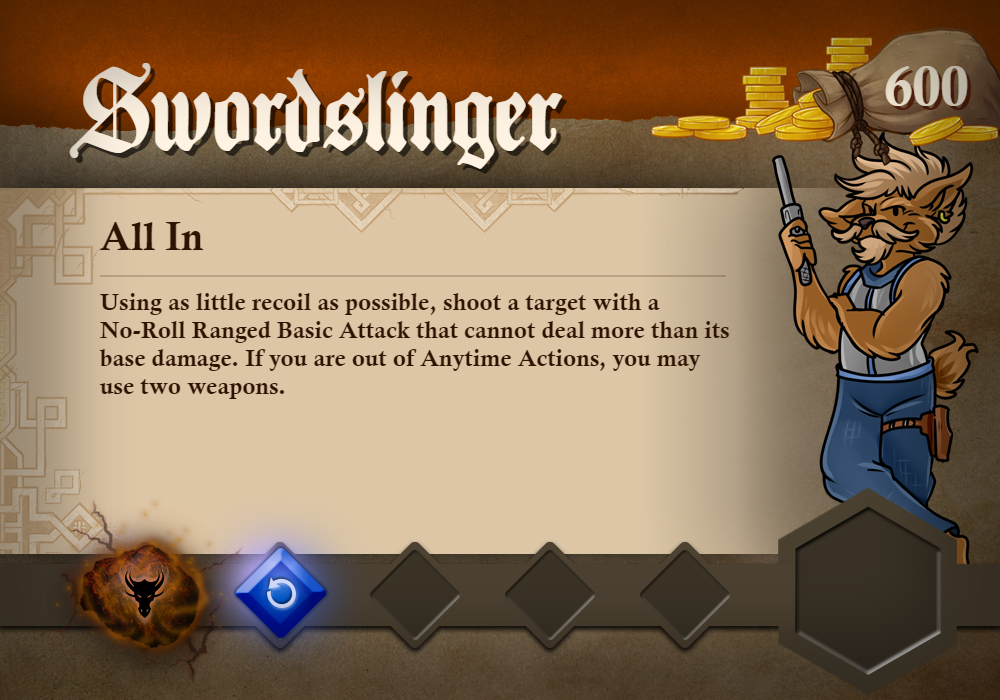 This ability is meant to give guaranteed, but less than average, damage. 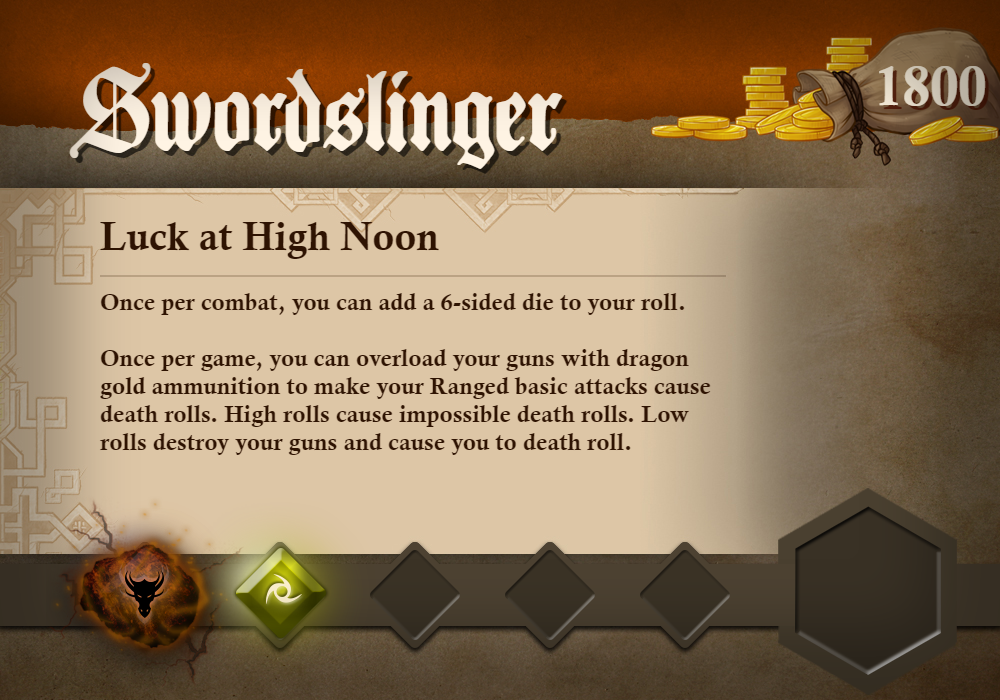 Maybe High rolls should be changed to Naturally Rolled High Rolls/Naturally Rolled Critical Hits. I felt like there wasn't enough to the class so I added this. Maybe the balancing should be around the card's price, like making it 3000 gold so you become a one trick pony. I Know that Rob said he didn't like math, including adding rolls to each other, but I thought that a once per round small number dice would be fine, especially given how rare a legendary class would normally be.