24
TheGallantKnight
November 2018 edited March 2019 in General Discussion
I've been making a game for the past 3 months (not counting all the lost time when I lost all of my code from the year before). So I decided to show my progress as I make it. (There may be a week or two between posts or hours between them it depends on how the progress is going and type of area I'm working on)

But to make this fun for you guys as well every so often I will ask for a new character, type of level, cut scene, etc that you want in the game, however, it still has to be realistic to my time schedule so it can't be some gigantic scene or character that has insane detail. ( will be defined later, and levels can be almost as detailed as I can make them) Pretty much I just have to approve it, and in around February there will be a beta test (((I hope)))

There might be a sort of .... "Holy choice" (yeah that won't get me copy right from Rob) .... where you might be able to choose where the story will go if I don't have a specific direction I want it to go in at that moment. (Remember I still have final say on where the game goes)

Also ummm.... anyone who can help (music (ESPECIALLY MUSIC), pixel art, portraits, animators, and or voice actors) I would be eternally grateful since I'm mainly just a programmer . ( Also*cough cough free copy of the game for the help + anything else that there can/needs to be arranged that's in my power)  You can ask about it

So yeah, I guess I should show some characters and basic story now

Now TO THE MAIN CHARACTER 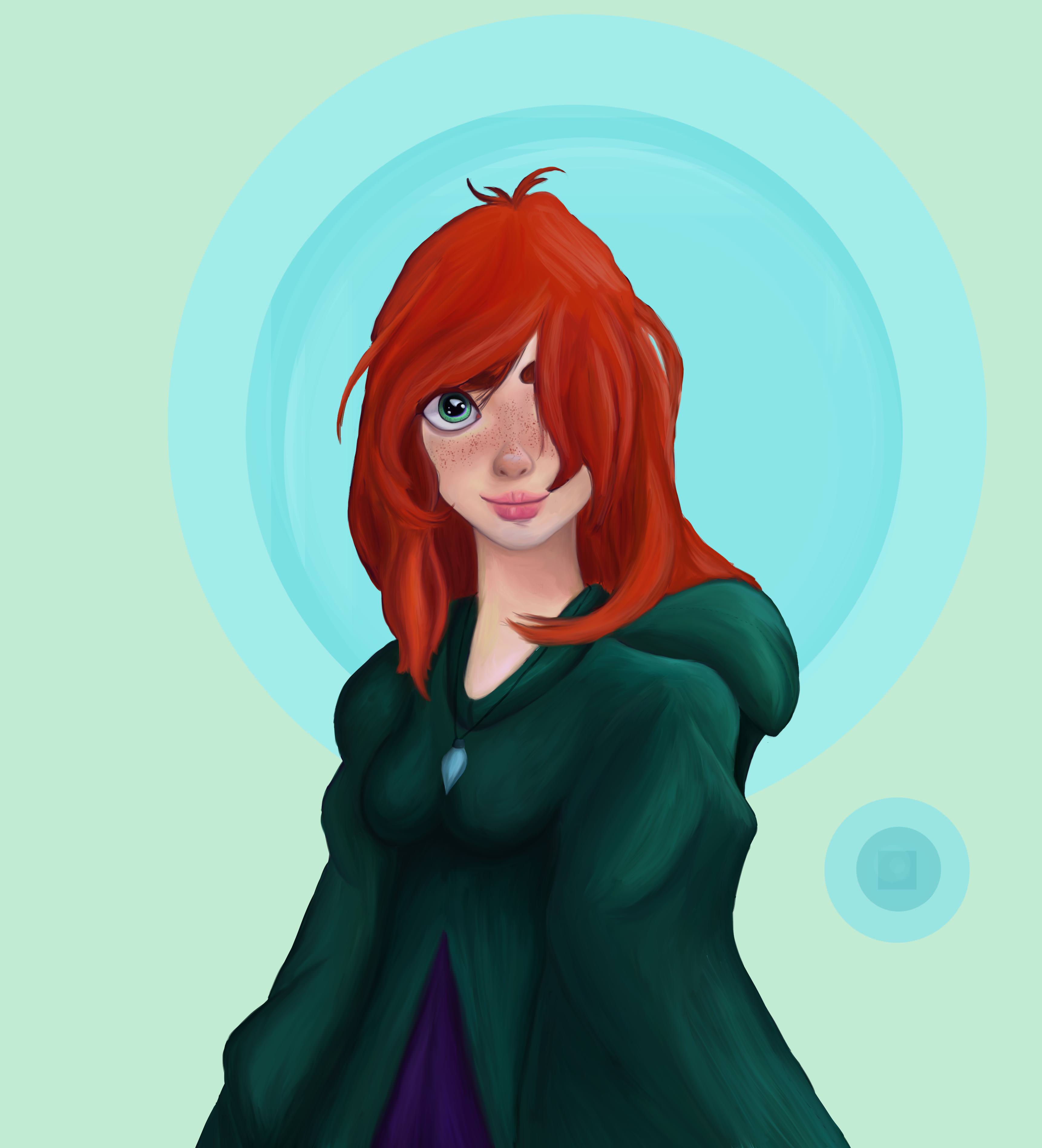 ^That is Gwyneth. And that's about the best portrait I can do of her in a 6 hours time limit(I have to make these fast) She is the main character.

She is going to lose most of her memory at the beginning of the game as they fall down a giant pit and get's partially taken over by a bio-hazard. (Plants-415, they are sentient plants that corrupt ones soul, and take over the host as they give in to temptation)  She will be be heard by a wondering #$%@$#% (I can't reveal his title for now) Knight named Troth (doesn't have a portrait yet) that will stop the overgrown plant in her eye. (Still need to draw that in when I get back to doing portraits)

One tutorial on a tactical rpg system later.

After defeating the enemies you are put in a dilemma to where one of the ghouls hasn't completely converted to a mindless beast. So you have to options.

Putting them out of there misery, or try to mend their soul.

Either one puts you into a bullet hell like combat.

If saved the character joins the party, and each main level will have a encounter like that once completed.
...

And that's enough of the story for now or else this will get to big with everything else I want to include below this.

So time for some more characters (most in concept stage, and the ones in my notebook can't really be shown since I don't have a proper camera/phone) 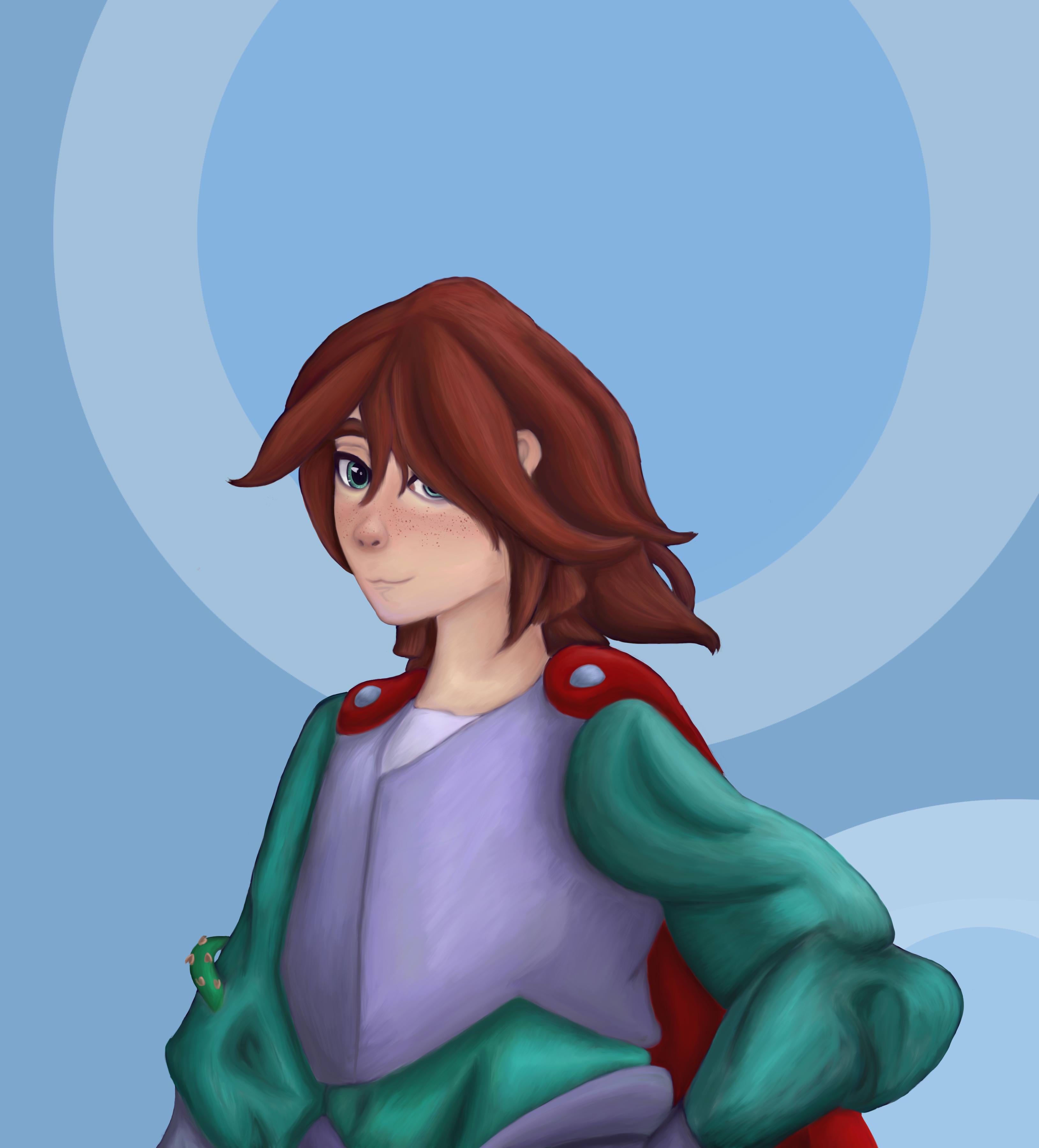 This is Tom
And he had a sister whom used to work for a Baron. . .
.
.
.
She's dead now  (but the main character can see and interact with her.) 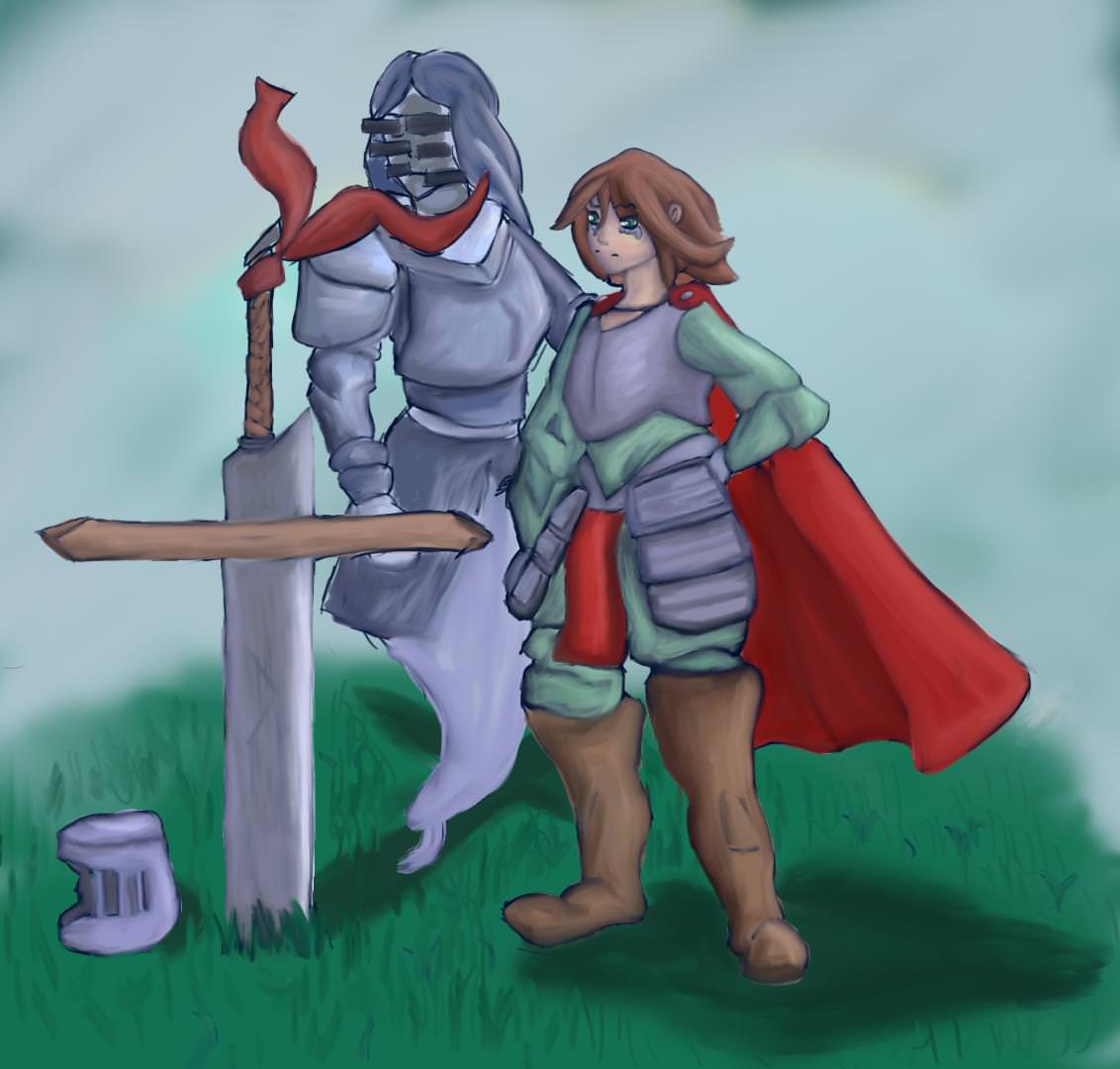 This is Manly Man Raum whom with his brothers protect small settlements within the game. But joins you party once his settlement perishes. 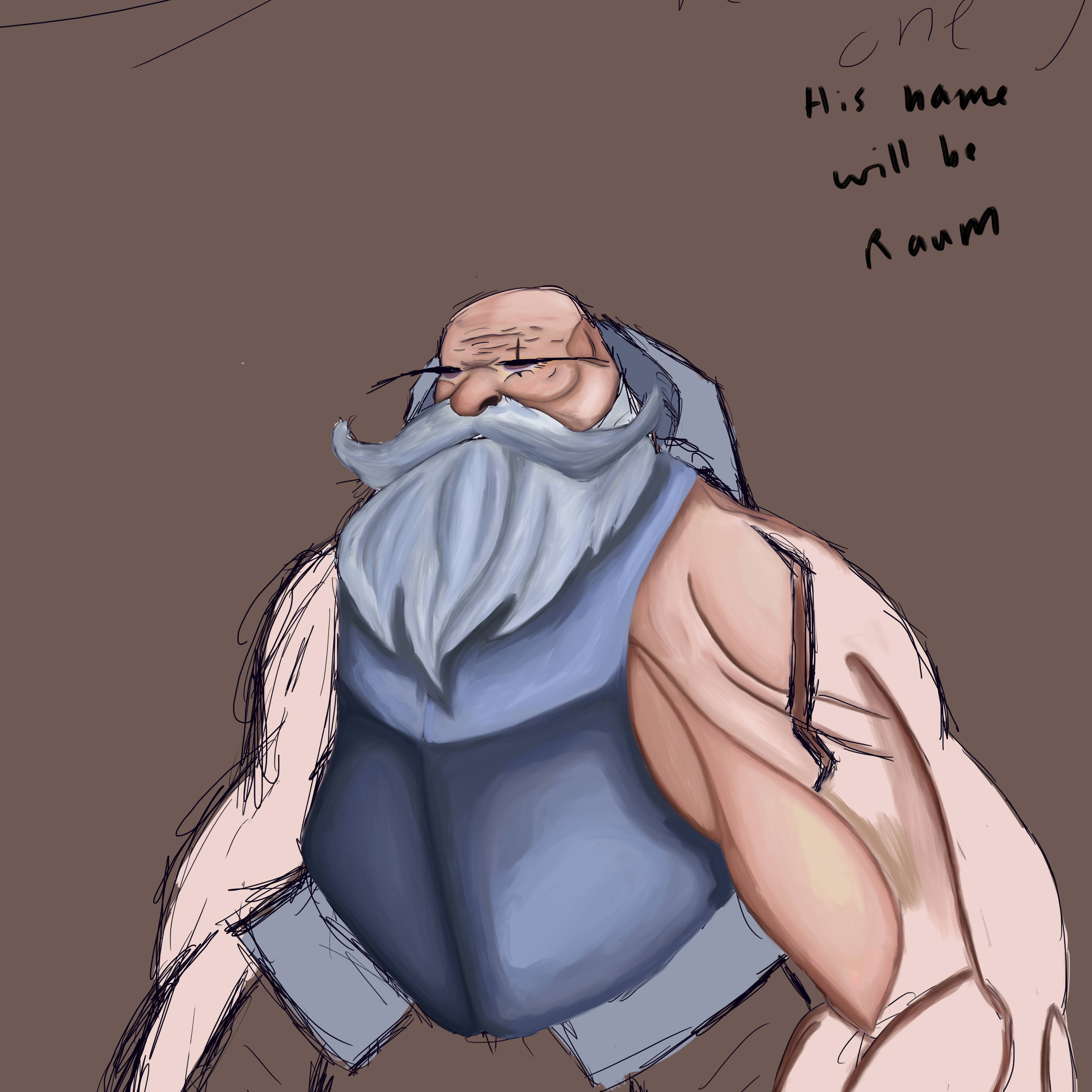 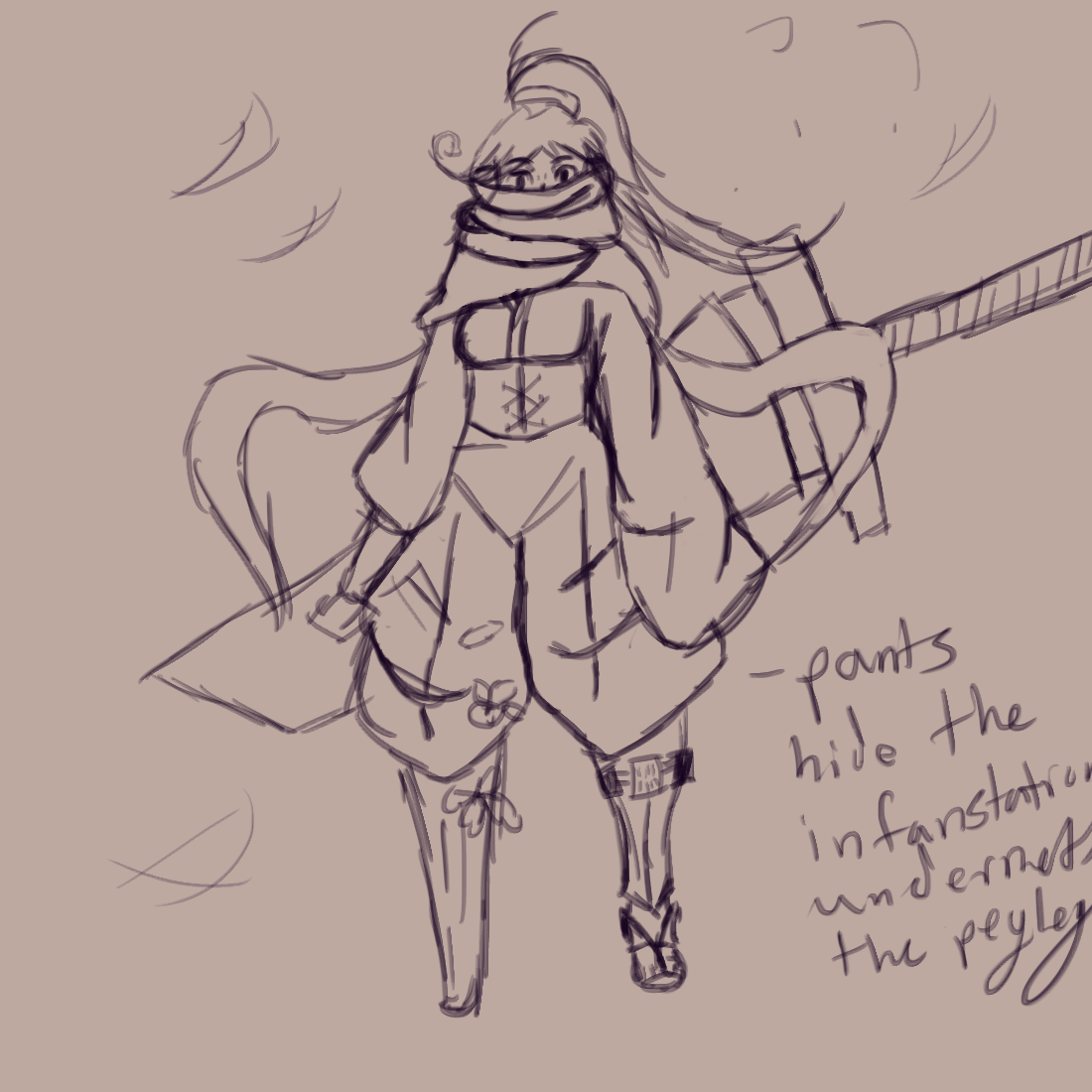 Named either puck or bell. They're German. . . .Yeap 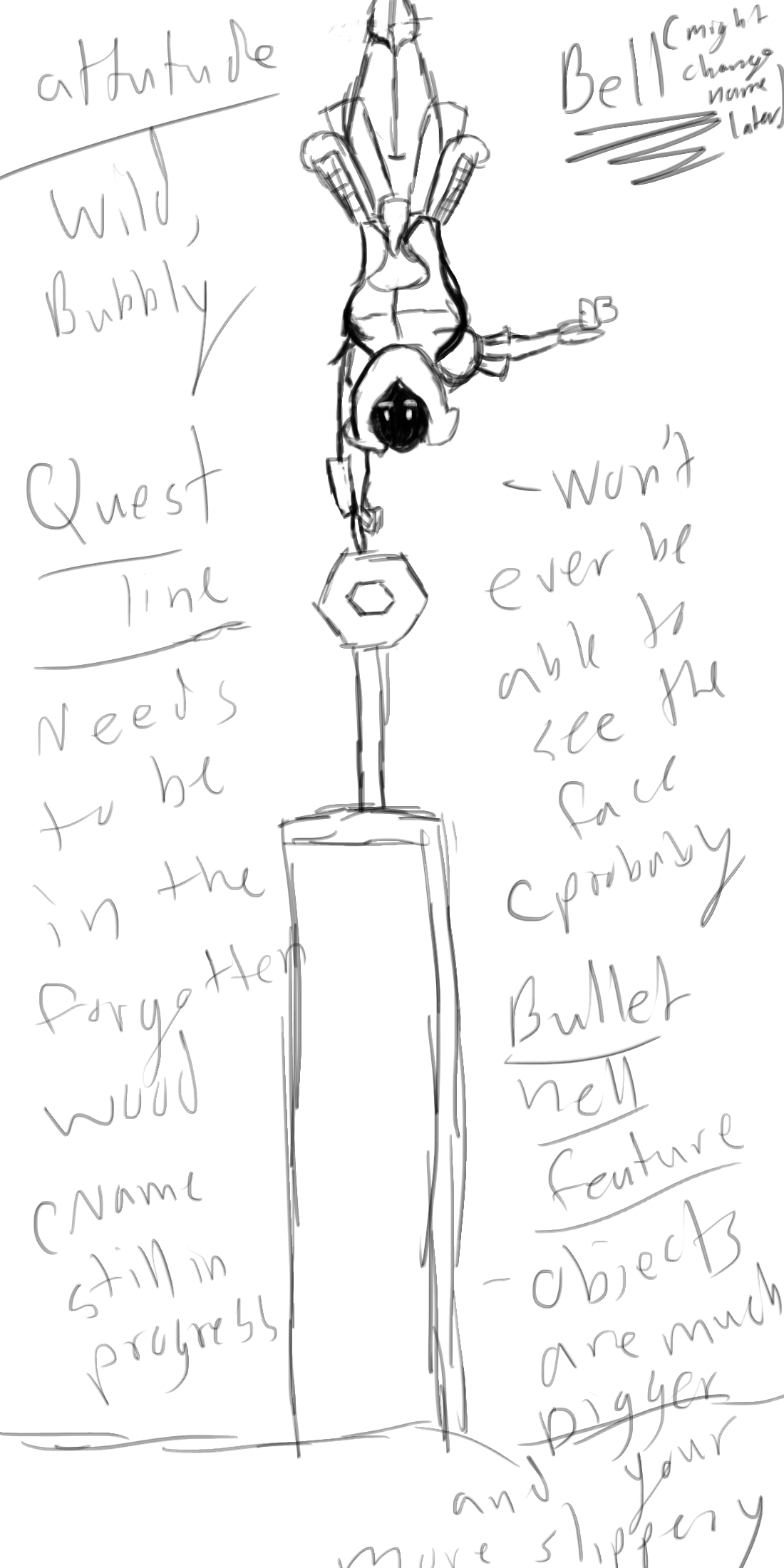 This is Gregor. He has almost been fully taken over 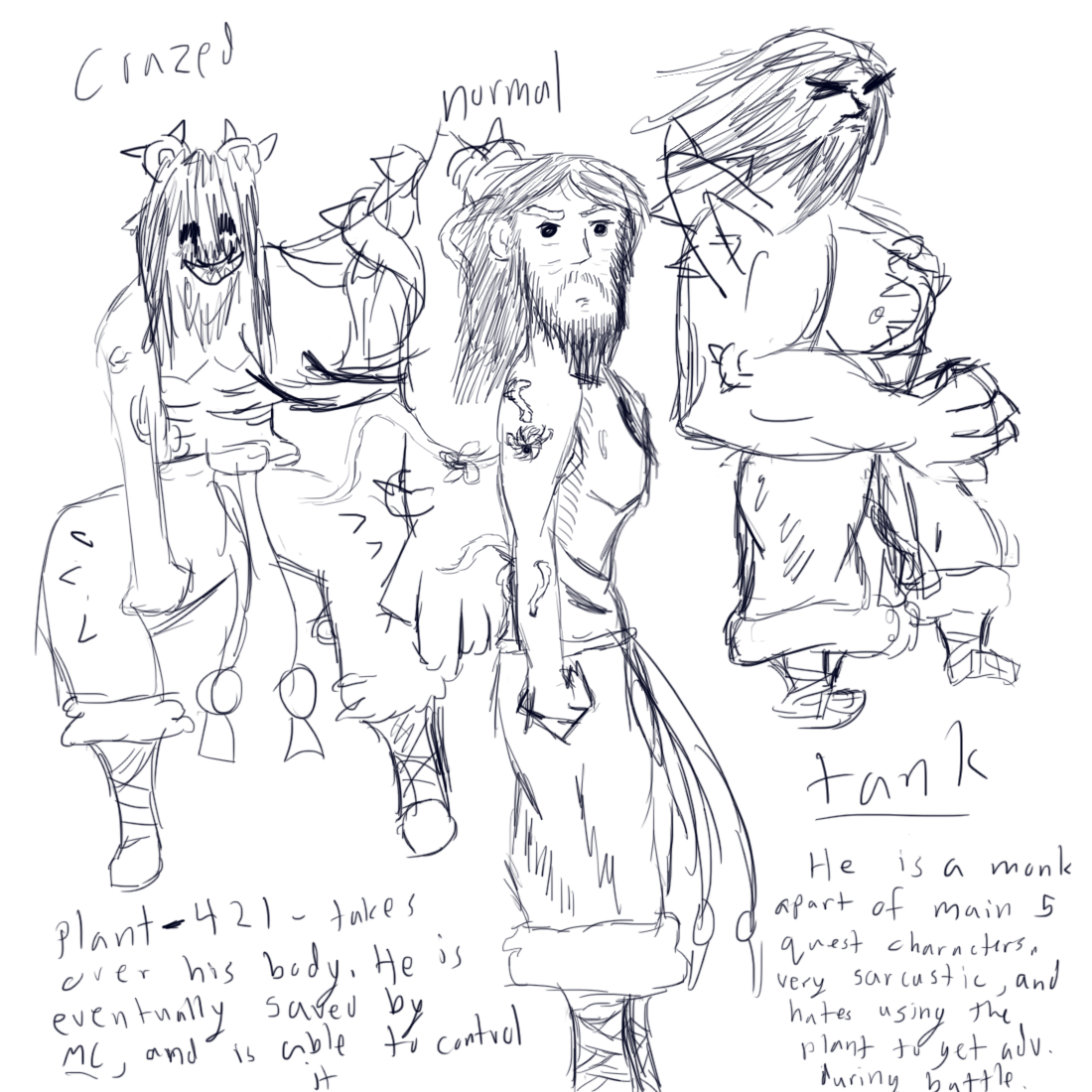 I'm starting to realize that I shouldn't put to much more on this so, I'll stop from here