https://imgur.com/a/1Kftu for a small gallery with all the current pages together 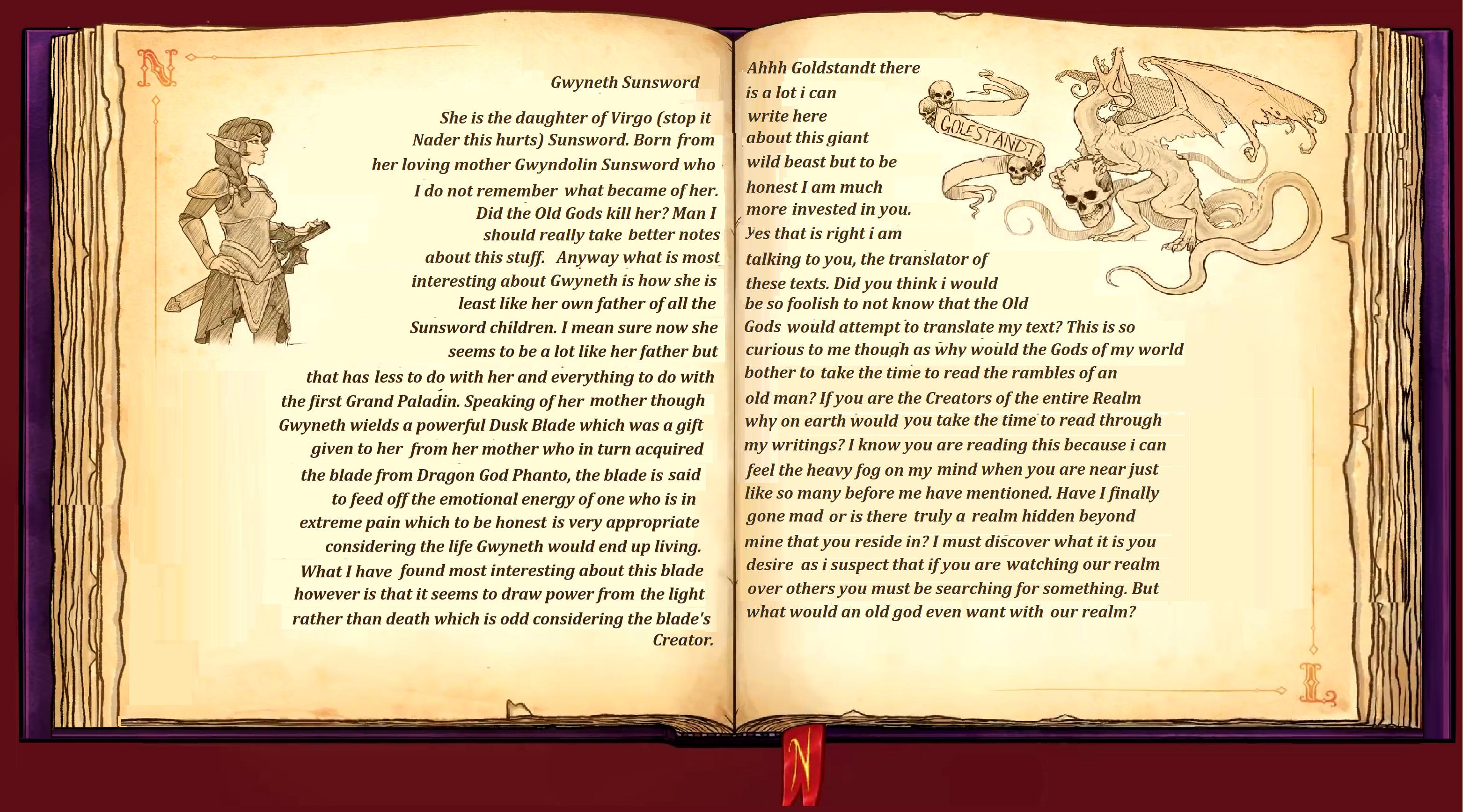 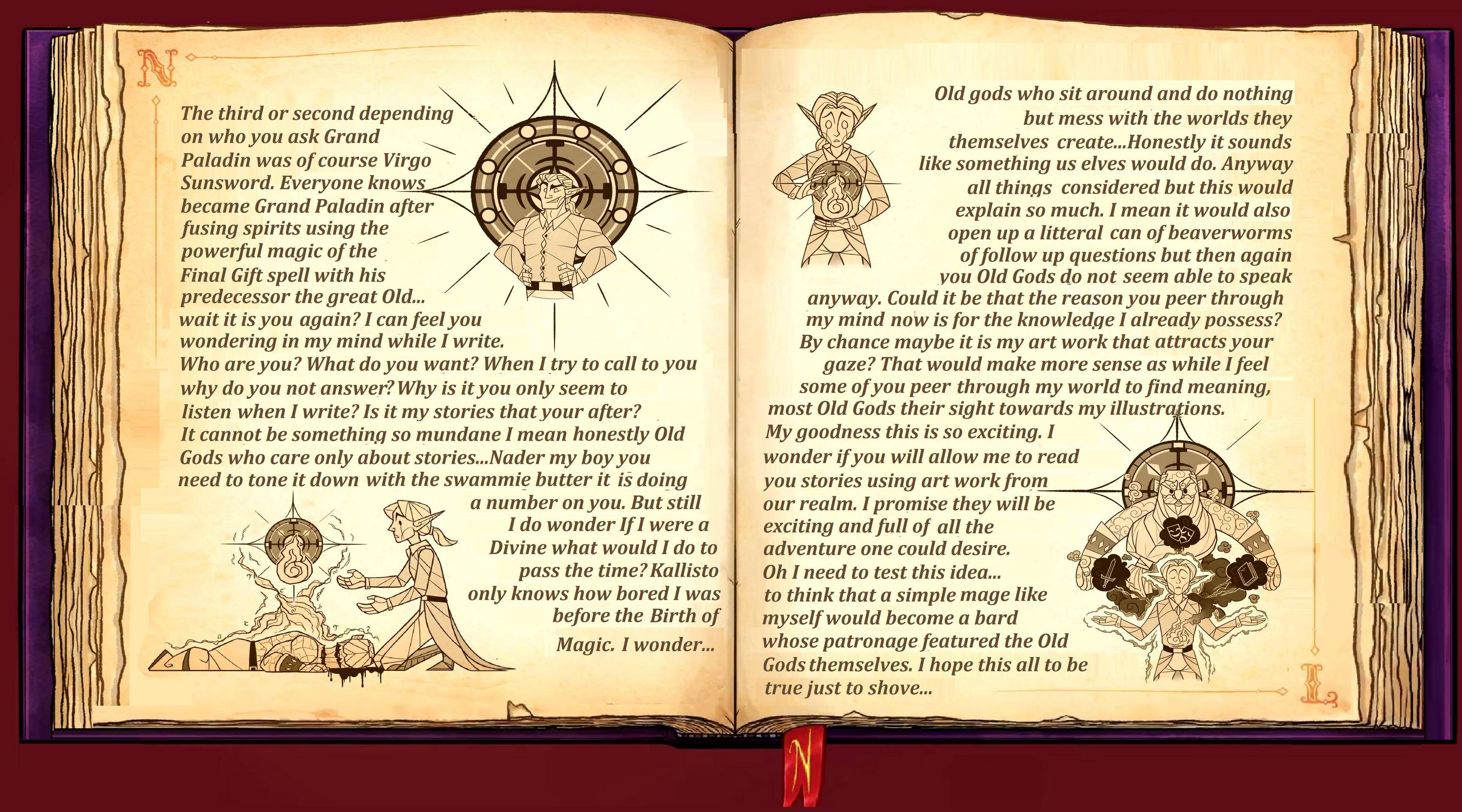 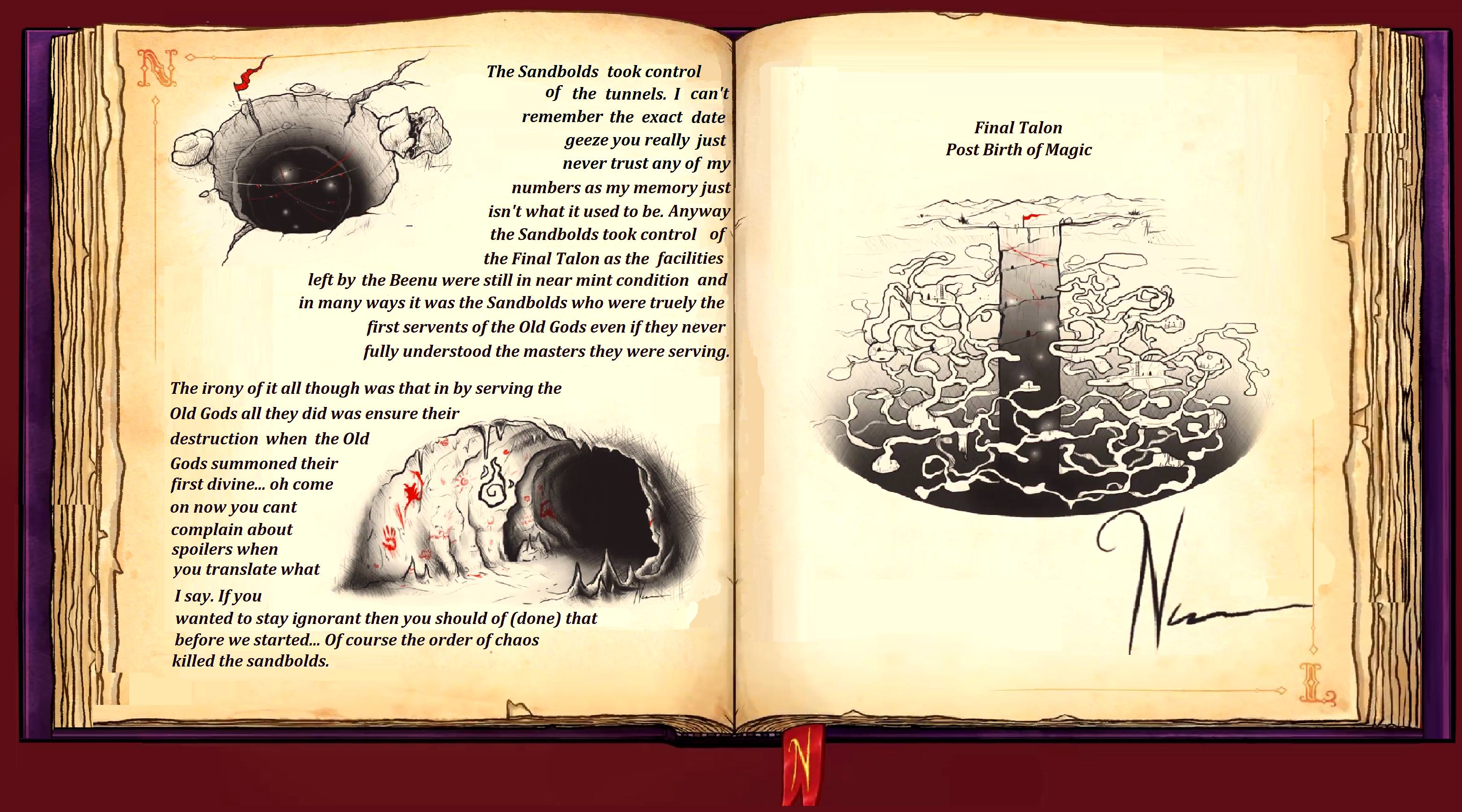 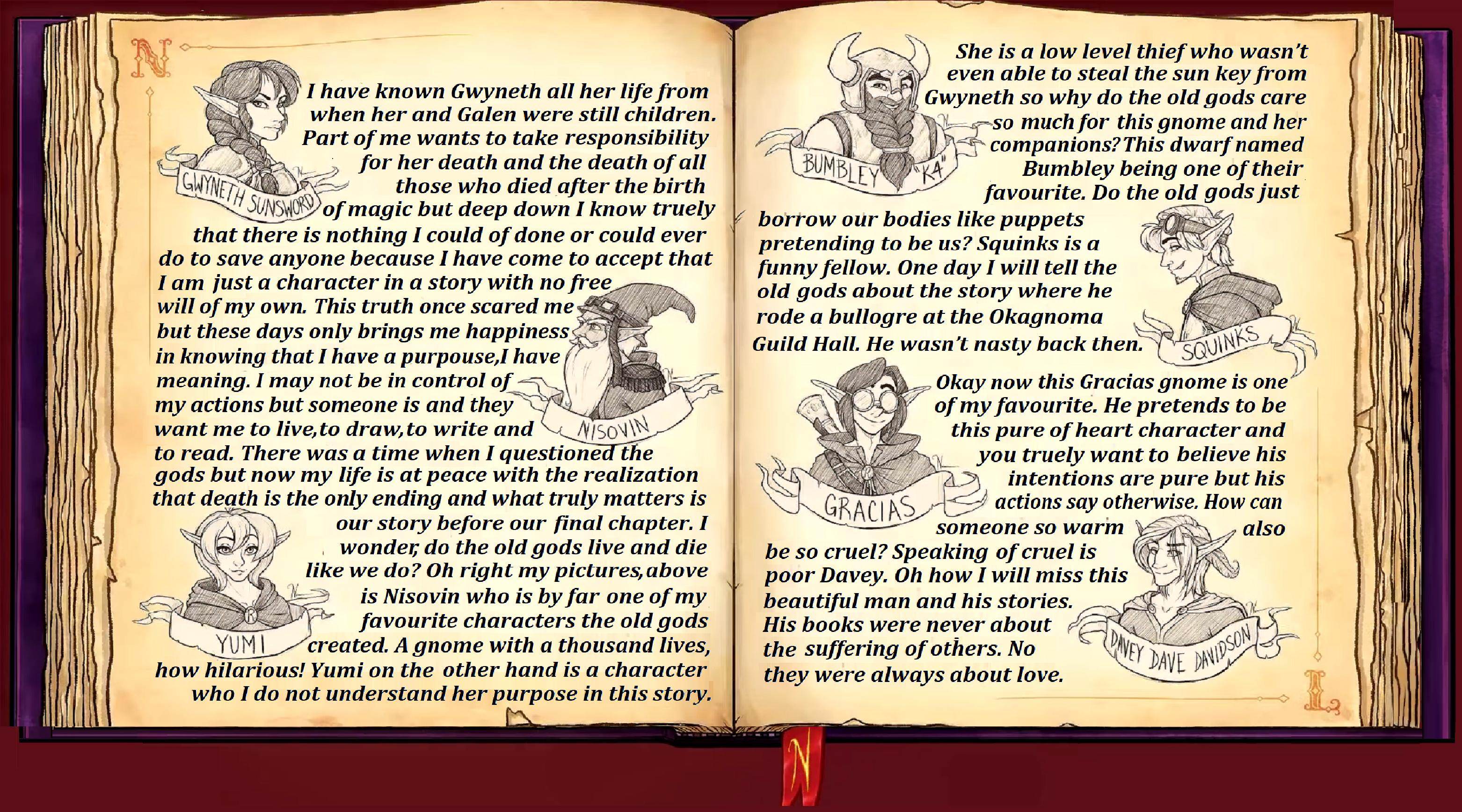 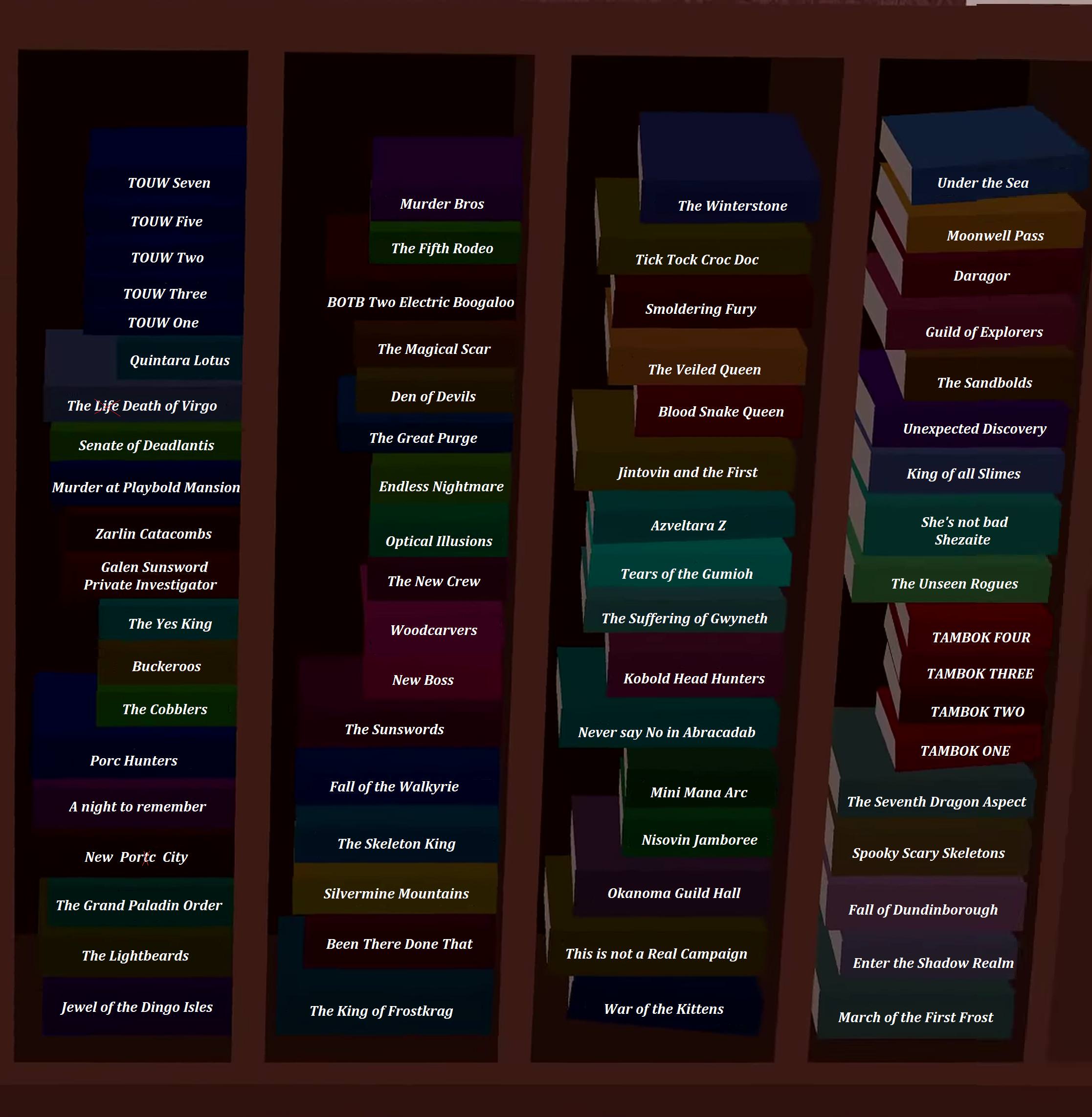 0:44 "Character"
1:07 "Your right it is"
2:49 "Hey"
13:41 " The entrance of which is located inside the elven city of Alevasorin home of the Sunswords. The door is sealed with Creation Magic to protect the only entrance into the Realm of Shadows. Long a- .... had Virgo and his children seal away .... two headed ogre by the name of ..." 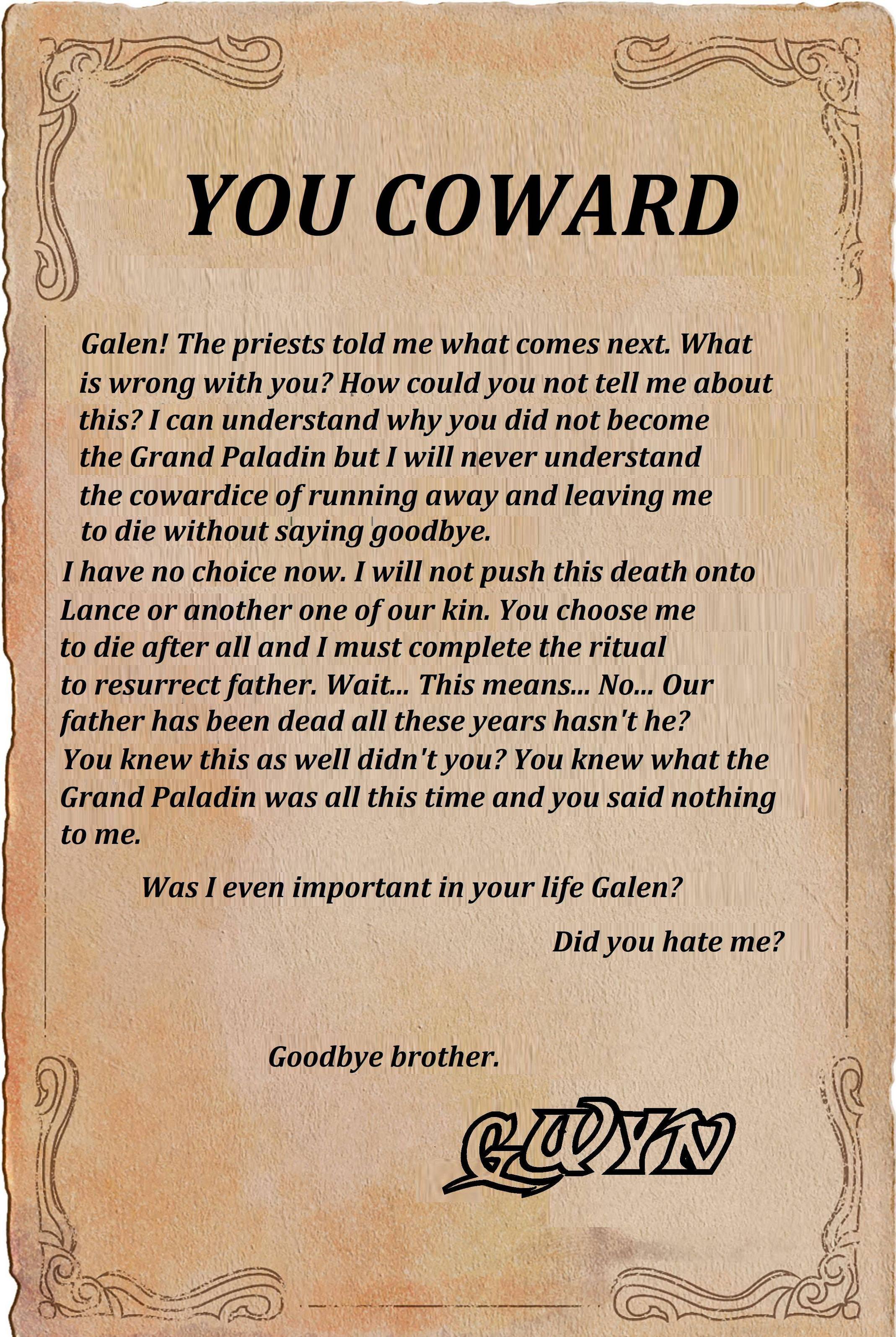