At the entrance of the Capital Office of Mt. Triton, a small group of Kobolds has gathered to meet with the First of all Kobolds. These Kobolds, however, are no normal Kobolds; they are the Sandbolds, a collective of Sandbolds that have formed a new Religion, and have been traveling from Tribe to Tribe and preaching their Gospel. However, the first of all Kobolds, Lady Anne, is a devout follower of the light, and she is not only troubled by this group of Non-Light Kobolds. She has also heard rumors of dark and sinister practices from this group. She has called them to immediately discuss these claims, and she is joined by her Assistant and Warden, Arlene.

"You wished to see us?" The Sandbold, Tien, asks.

"Yes," Anne says, trying to sound her smartest. "Like, I wanted to talk to you guys about some stuff I've heard about you guys."

"Oh?" Tien says, glancing at his associates, Talee and Varik, "What 'stuff'?"

"Well, I heard from a friend, who heard from a friend, that you guys eat Babies and bathe in blood. Now, as the First of all Kobolds, and totally devout to the Light, I, like, know these things aren't cool with Ouro'ras. You guys aren't, like, doing that shit in here, are you?"

Tien smirks. "Lady Anne," he says, "Do you understand how ridiculous that sounds? We don't eat Babies, or Children, and our fur is not bloody. We are just an organization that is trying to teach the Kobolds their true path, that is all we are."

"Like, the Kobolds true path is through Thor and Ouro'ras. Whatever they command is the true path."

"We understand you have your beliefs," Talee says, interjecting on behalf of Tien. "And we're not trying to enforce our own on any Kobold within this glorious Mountain. We advise you not to do the same to us."

"Advise?" Anne says, getting a little snippity. "Are you trying to advise me, you little c-" Arlene grabs Anne's shoulder before she says something she'd regret. Talee scowls a bit in anger.

"Alright, ladies," Varik says, trying to hold back a chuckle. "We don't want to start a fight here. Especially since attacking the First of all Kobolds, would be against the Law."

"You're damn well right it would be," Anne says.

Anne looks at all the Sandbolds. "Like, very well," Anne says. "You Sandbolds are dismissed."

With that, the 3 Sandbolds, and their aides, depart from the front of the Capital Office. 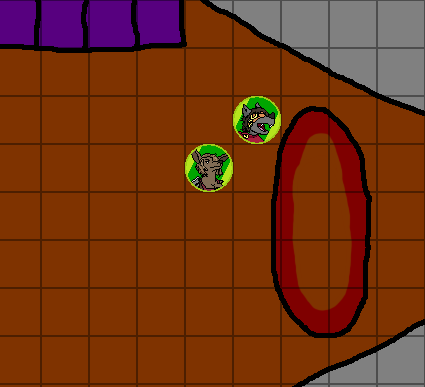 "Huh," Arlene says, "You know, I was worried about the Sandbolds, but they seem to be alri-"

"I don't trust them, especially that fuckin' bitch," Anne says to Arlene, while not looking at her.

"O-oh!" Arlene says in slight surprise. "Y-yeah, I don't trust them either! Th-they're definitely up to no good!"

Anne then turns to Arlene. "Arly, like, aren't you one of those law people?"

"Great! Then you can just, like, get rid of them!"

"W-well, hold on, my Lady. W-we can't just kick them out or arrest them. Th-that's not how the Laws of the Light work..."

"Really?" Anne groans in disgust. "Alright, how do we get rid of them then?"

"We have to prove they are, my Lady."

Anne again groans in disgust. "Alright! I give you full power to investigate these Sandbold guys. Do whatever it takes! We can't have Baby eaters in our fuckin' Mountain!"

"Y-yes my lady!" Arlene says bowing. "M-me and my Ward will get right on that!" 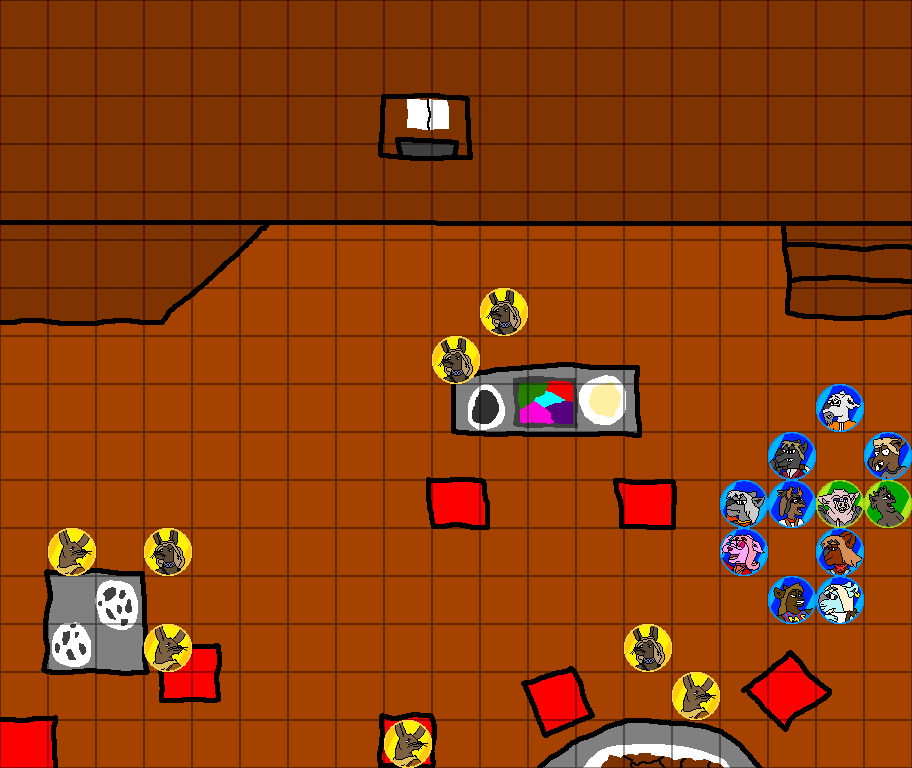 Weeks have passed, and the Stonequisition has been hard at work investigating the Sandbolds. So far, they haven't been able to prove anything about them, and their leads so far have been for naught. In an act of desperation, Arlene ordered the Stonequisitors to go undercover, and pretend to want to join the Sandbolds. After weeks of doing menial tasks like collecting charity for the poor and washing people's rock collections, all the initiates are finally being inducted into fledgling Sandbolds.

In a small abandoned church within Mt. Triton, the initiates gather for a party hosted by the Sandbolds to induct them into the organization. The Stonequisitors, as well as Arlene's Squire, Jimmy, have all come at roughly the same time. The Church is like almost every building in Mt. Triton, a building carved into the walls of the Mountain with dirt and mud placed on the floor. Destroyed Statues and images of Thor align the walls; some appearing to have been smashed with hammers, others appearing to have been partially eaten. A few Chairs and multiple tables are in the pulpit of the Church, and on the Tables are a variety of rocks that other Kobolds are currently eating.