StuRealms: The Lotus Academy of Spells

28
Stuart
August 2018 in Campaigns
The Lotus Academy of Spells

This is a new campaign which is really basic; I've hosted it a few times and iterated it to its current state. The roleplay in this campaign is really detriment to what you decide to do with the NPCs; leading to multiple plotlines. I'll try and provide a few examples of what I've done in the past to help! Again, if you want to do something cool; feel free to swap the students out for your own characters or if you have a long running group past characters.

As a campaign it'll probably last around four hours. It can be complicated to GM just due to the amount of students you'll be working with however combat is fairly straightforward. I usually like playing some funky music during this campaign; I feel as if it's suitable for most combats.

"The Lotus Academy of Spells was founded by Quintara Lotus however for the past hundred of years she has been content to allow the school to operate without her assistance. You are a teenage student preparing for their upcoming final exams. However when Quintara Lotus herself decides to test the students, things may get chaotic..."

Each student will start in their dorm room; allow the players to choose the dorm room which they start in. Remember to note their dorm down, as it will become important for later. Allow players to introduce characters, and after they do prompt them about the relationships with the other people in this dorm; both players and NPCs. As they have been in this school for a while, they would definitely know everybody else there. Use their answers to your prompting as a basis for setting up roleplay. If they are uncertain about how they'd interact with anybody, instead tell them how some specific NPCs feel towards them, here's some examples of stuff I've done;
When character introductions are done, ask the players what they are up to in their dorms. Ask them about their morning routine and say that there is two hours until class. You could have a NPC interact with the player by making them maybe leave the dorm at the same time or even knock on their door. This is just the perfect time to just set up relationships for later in the campaign.  If you want, you could draw a random attribute for the NPCs when the players meet them or just come up with a personality. I think it's also really beneficial to try and get the players to roleplay together, so if you want to encourage this you can easily have a NPC ask Player A if they want to go hang out with Player B.
Anyway, during this roleplay randomly just increase the time until class as you see fit and when you think you've exhausted the potential here tell the players that it is time for class. 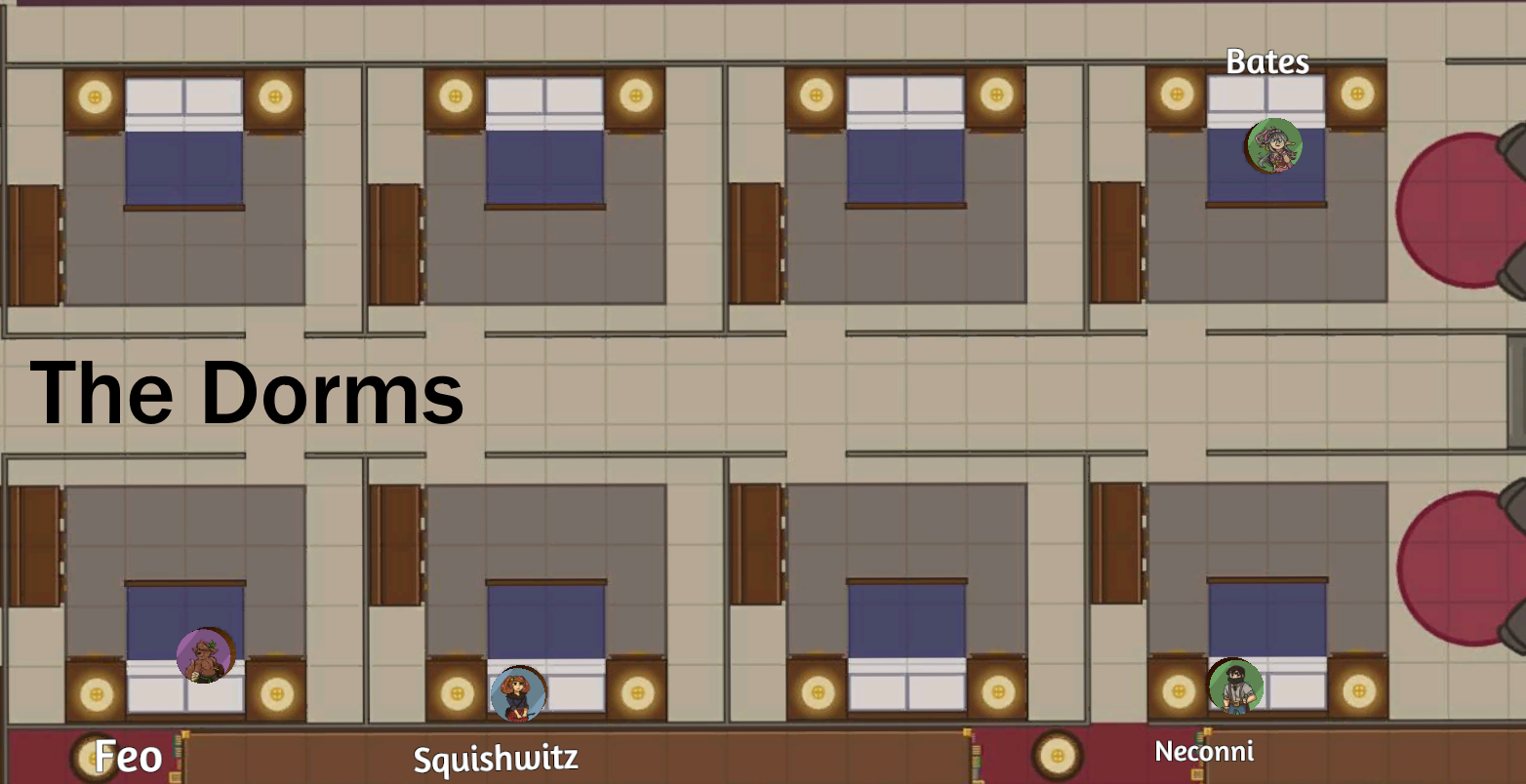 Roleplay Encounter 1
The players will be sitting inside class, listening to their very boring teacher Mr. Gout, he will generally not be relevant for the rest of the campaign but you may if you wish bring him back for small cameos. Allow the players to just listen to Mr. Gout lecture about the upcoming exams for a few seconds and then have Quintara Lotus just appear in the middle of the room. She will say that she will be testing the students instead, and note to the players that Mr. Gout is reluctant but he cannot really say no. Quintara will call the class adorable and say she is very excited to teach them all and see for herself how great her school is. Have her respond to any of the players questions. She will say that while the final exam is in a week, she doesn't have time for that; so instead it will be now! She will say that the first part of the exam is to fight her; immediately say combat has started after this.

Combat Encounter 1
Quintara Lotus is not actually trying to kill the classmates or even really trying. She will surrender when the party deal 300 damage to her HP. Quintara does not roll dice, and instead automatically succeeds at what she is trying to do. I enjoy having her complement players during the fight who do Crits or fun roleplay actions.

Quintara Lotus
Health: 300
Anytimes: 5 (Whenever she dodges, just have her teleport to a random place in the room)
Deathroll: N/A
Abilities:
At start of her round teleport anywhere on the battlefield.
Draw a random Arcane Spell targeted at each player on her turn as a No-Roll.

Students
Health: 100
Anytimes: 2
Deathroll: 1
Abilities:
For each student; draw a random Mercenary Companion and give them the skills of that Companion, if the skills do no damage at all feel free to redraw.

After combat you may give out Legendary Rolls, or whatever you want to do instead. She will congratulate the class on the fight and say they all did very well. You can have her specifically compliment any player who did something special or preformed exceptionally during combat. Quintara will ask the students to move into the Art Room and she will arrive soon.

Roleplay Encounter 2
Have some roleplay between the students for a bit; the NPCs could discuss Quintara's arrival, continue the relationship plotlines established earlier in the campaign or just talk about whatever. When you feel like it, you may summon Quintara. Quintara will ask the players to just show their creative side and that whoever does the best gets an excellent prize whilst whoever does worst will get a punishment.
Tell the players that in the art room their is a realm of holding that they can access to get any materials they need. Ask each player what they plan to do, and have them roll to do their project. If NPC students are friendly to the players have them ask if they have any ideas for project; if the player does not give an answer you can automatically assume that Quintara will consider them among the worst projects.
When all the projects are done have Quintara rank all the projects; have her roll for each project she encounters. Use this roll and the roll they used whilst making the project decide where she ranks the project.
Have her put a couple players and NPCs who rolled well in the 'best' finalists and have her put a different couple who rolled badly in the 'worst' finalists (make sure to have an NPC in this scenario).
Best finalists will roll off to see who gets a Legendary Item, if this isn't prepared give a Legendary Spell Scroll.
Ask the Worst finalists who are players to do a "Death Roll", if they fail Quintara Lotus will transform them into a random Beast Companion. If none of the players fail the death roll, turn the NPC into a random Beast Companion. If there is more than one NPC have a roll off to decide which one is punished. 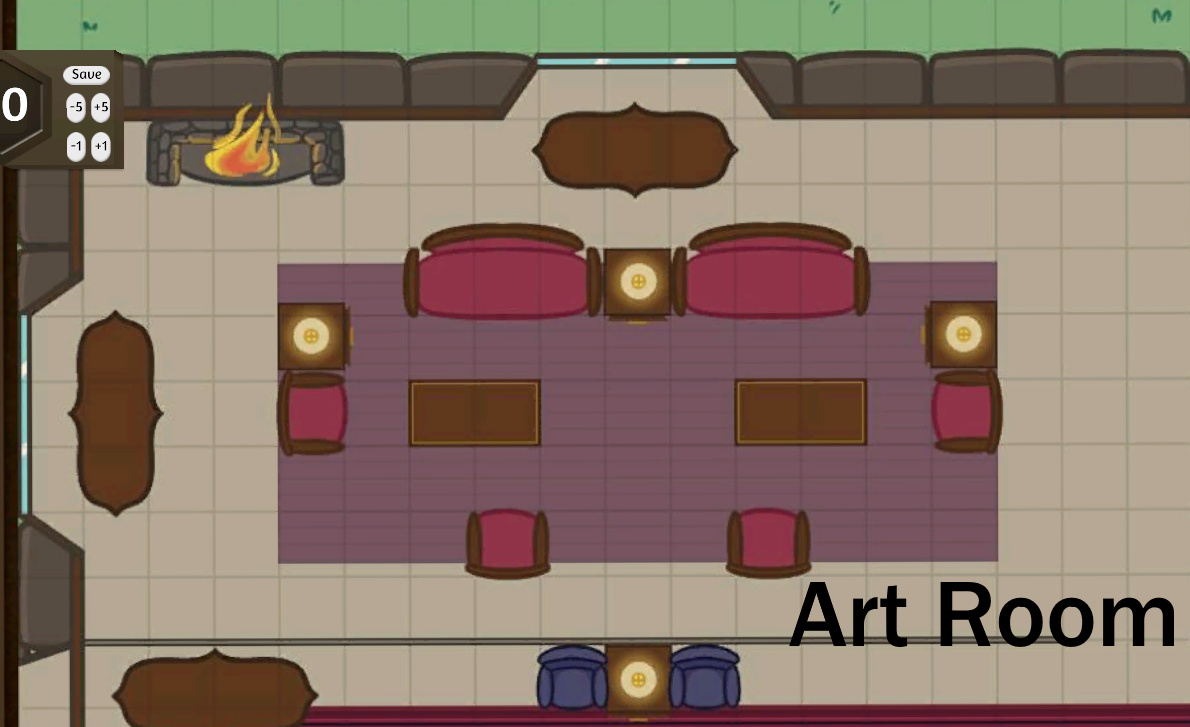 Combat Encounter 2
Quintara will take them outside and say it’s time for Physical Exercise. This Combat is considered soft combat and there are many ways to host it depending on how the players react. She will spawn a Whelpling and tell the class to run. If they try to fight the Whelping and succeed, more Whelplings will spawn.

Whelplings
Health: 200
Anytimes: 3
Deathroll: N/A
Abilities:
Instantly deathroll any player that is standing next to them by trying to eat them.

Continue spawning Whelplings in paths that the players attempt to run, allowing them to come up with creative solutions by maybe breaking down walls and sprinting. This can end up being a really awesome and tense encounter if the players don't have too many movement abilities. Feel free to give NPCs deathrolls to up the danger if the players don't help them. I have had up to maybe seven Whelplings on the field at once, however I usually won't be trying to actually kill the players this encounter; maybe only scare them with a couple of potential death rolls that they can use anytimes to dodge.
After the players have mostly successfully escaped the dragons, Quintara Lotus will summon all the students into a pile and congratulate the class. If they successfully killed a Whelpling she will grant a Legendary for each one killed, otherwise just give Legendary Rolls. 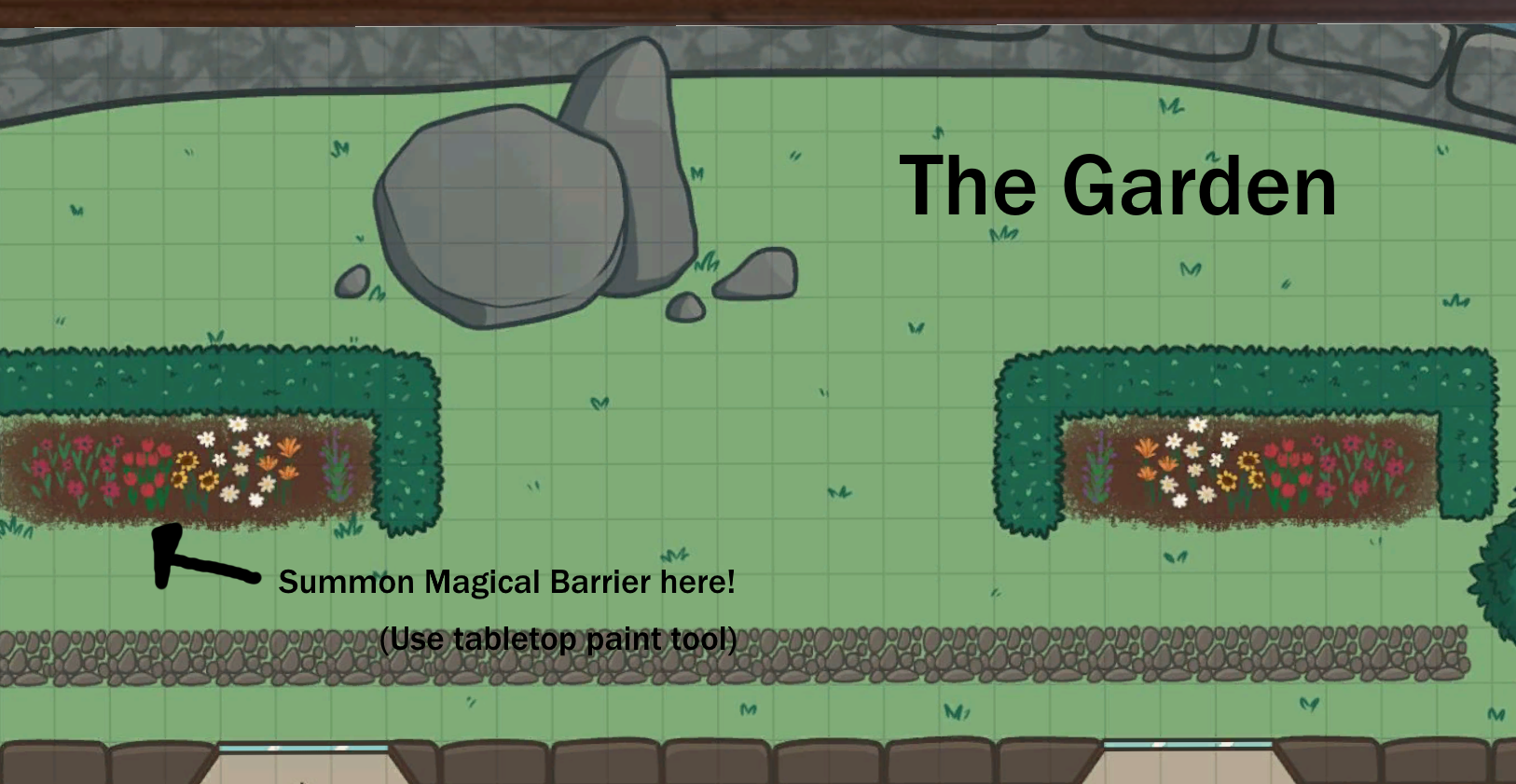 Roleplay Encounter 3
This encounter is optional depending on how long the game has went. I'll sometimes skip it if I feel that the game has been going on quite long. Quintara will just ask the class random questions that you can prepare in advance and reward a random Arcane Spell for each correct answer by a player, some example of my questions;
Just ask maybe like five questions and then move on, it's a short and sweet encounter which kinda lowers the tension after the last combat. After Quintara is done asking questions, it's time to start the endgame...

Combat Encounter 3
Quintara Lotus will now explain the real reason why she is here; to choose an apprentice! She’s been very impressed by everybody so far but has no idea how to choose who to win. So she will put a final test! Everybody falls asleep and wakes in their dorm. You cannot remember Quintara or any of the events of the day whilst inside the dorm.

Ask the players what they are doing; note that any items and armor (basically any physical object) is not on them by flipping the cards in their inventory over. Allow the players to roleplay what their character is up to until they try and open their dorm door; note that it is locked. As soon as somebody tries to barge out or this has gone on for long enough tell the player that they hear a sound... they are attacked by a Whelpling! Each player has a small Whelpling in their room.
The players should be weaker for this encounter due to their lack of items, but if they decide to search the drawers or cabinets in the room they will find their items scattered about if they roll well.

Small Whelplings
Health: 200
Anytimes: 3 (Only will use to attack, not to dodge)
Deathroll: N/A
Abilities:
Will deal 50 damage with their claws
Will not attack anybody other than the person they started in the room with

If a player manages to break out into the hall; have the Whelpling follow them out the room by breaking down the wall. Leaving the dorm room recovers the memories of the player. If the player defeats their whelpling, attempt them to get involved in a NPCs Whelpling fight. If nobody helps the NPCs they will most likely die; they will have to do repeated death rolls which you can increase the longer the combat has gone on. They will kill their dragon when all the players are out of danger.

Ending
Quintara Lotus will summon the survivors and welcome them to become her apprentices. She tells them that she will teach them some great magic! Have any relevant NPC students/player interactions!

Conclusion
If you have any questions about hosting this just message me! If you hosted or played this, feel free to comment your experiences down below I'd love to hear them. Thanks to people who played and a big thanks to Meganzoor for the art!

This campaign falls under the CC BY 4.0 License and can be used and edited freely as long as you provide credit!