I love pixel art and I've made some URealms stuff, so I'll post all my art here from now on.

These are just portraits of some of my favorite chartacters. 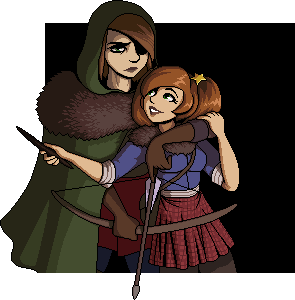 ...Alessa! I also included Heathera. I wanted to make all of these with a character on their own, but without Heathera, Alessa didn't really feel whole. I mean, It's not like Alessa isn't a whole character, it's more that I needed another whole.

I love regret that pun. Cain! I love Cain. I wanted to show how disturbing and dangerous he can be. Also, Tom. There I go, breaking my rule again.

Phineas Barringster! Master Cabalist! I mean, I can't not do Phineas. Love the little guy.  Also, I made a BOOOONES version. Patrick Cake! Patrick is a pretty underappreciated character, so I had to add some spectacle.
explosions are hard. halp. 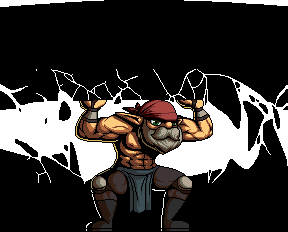 BOB. I don't know why I made him so comic-booky, but I like how it turned out, so I might make more like it. I was originally gonna put him in the "Legend Killer" pose, but he's more Hulk Hogan, so... I mean, I referenced a Hulk... 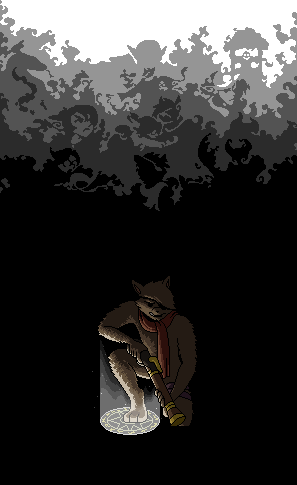 Philhipé!
Hallo Philhipés!
I'm Philhipé, and this is where Philhipés can talk abo-
*ehem*
Philhipé's still my favourite character, so I had to go all out. I think it turned out pretty good. Philhipé!

Ye. I wanted to do a character for every player, so I think I'll make Spiff and Milbee's characters from Azveltara Z together since their dynamic was so much fun. For Nisovin, I really want to do something for Johnny Feo. I'm already working on Gwyneth, but that one's gonna take a little longer to do.